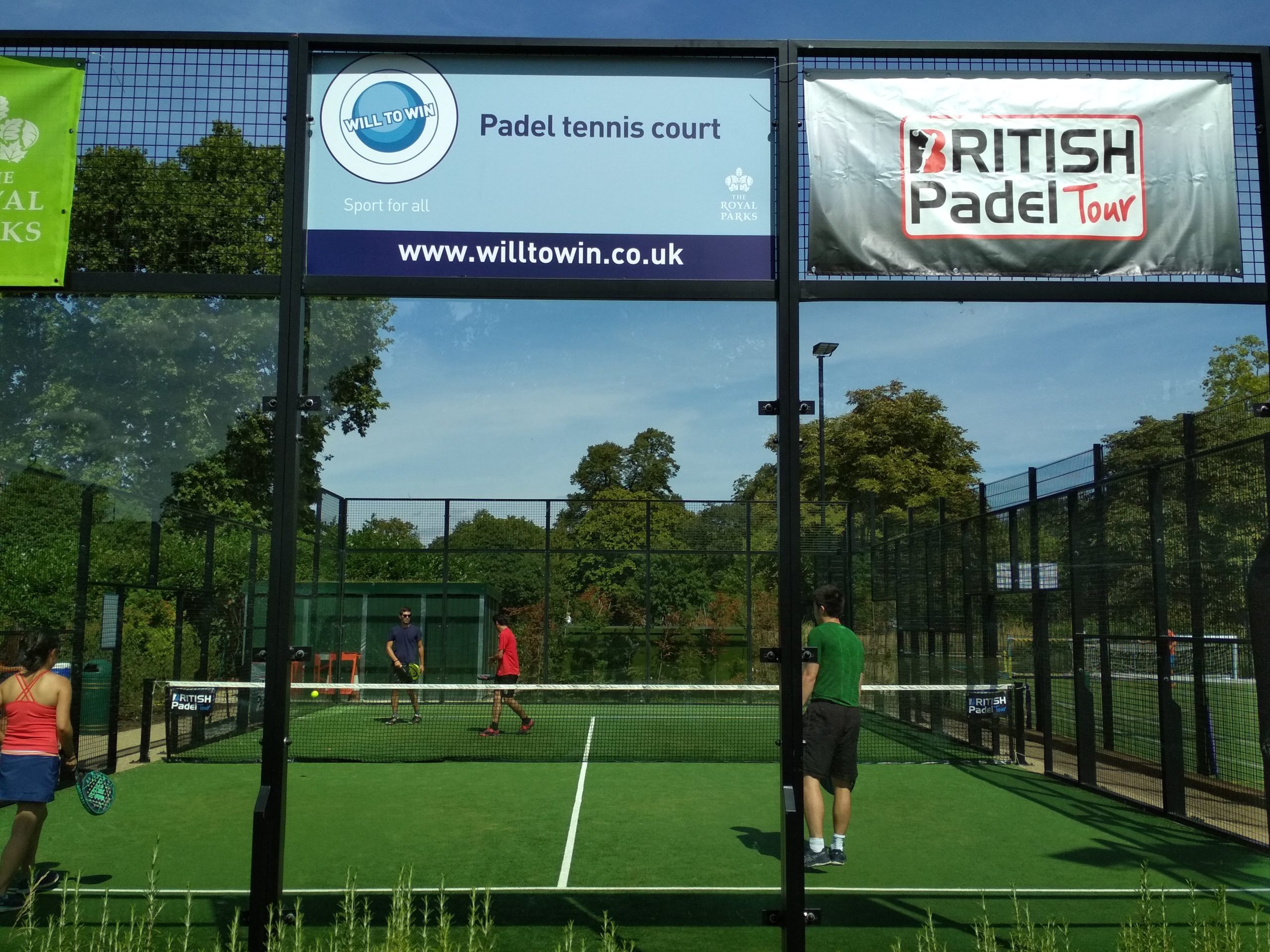 On Padelist.net, we also want to share our padel passion with those who have a business in the padel industry.
Let’s talk today with Mr Steve Riley, Founder and CEO of Will to Win.

Are you a padel player or a padel coach in the UK?
Register here in the world padel community.

Hi Steve, could you please introduce yourself and your company ?

Will to Win has been in operation for over 25 years, founded as a result of my expanding tennis coaching  business at West London Private Clubs.

The lack of courts (for coaching) difficulties with committees and increased demand led to me leasing land (7 derelict courts) from the local council (25 years) re-mortgaging the house and building a clubhouse with refurbished courts. We have diversified in recent years to include artisan cafes, netball 5 a side football and now padel.

Have you always been an entrepreneur ?

It would seem so – at the age of 16 I bought a motorbike without parents permission and my father sold it for a profit! I have learnt from made many mistakes along the way.

Why did you decide to invest in padel courts ?

I know of padel having player in dubai 30 years ago, and felt that it would be a great addition to our facilities, in parks in London.

How Padel is developed in London and in the UK in general ?

It is undergoing a growth phase but needs  careful planning as to where it sits with tennis clubs and public sports facilities. Just building courts does not guarantee success. Currently the LTA are governing tennis as well as Padel , and have a strategy to help venues develop padel. Padel is particularly suited to London due to lack of space and the ease of entry to play the game compared to tennis.

I see your padel club as one of the most dynamic of the UK. How do you explain that some padel courts are shutting down and others are fully booked?

It needs passion and a core group of players to kick start the utilisation – and a well monitored partner networking system. We also offer free courts off peak for players to try, which is pushed by the tennis coaches who love playing padel

Can we get padel lessons in your club and what are your rates ?

Yes we have several coaches and rates are £50-60 hourly.

What are you next plans in the padel industry and in your business ?

I am a qualified coach and now tournament official. I want to build 3-4 more courts in 2020 and also a pilot to see how padel can positively influence ailing tennis clubs. We will introduce padel to junior tennis players. We also offer 50% capital funding to new partners who have land and need a court and the construction knowledge to bring it into fruition.

As in any business investors need to put their money where their mouth is- it will only work with a team of like minded people passionate about the game.